END_OF_DOCUMENT_TOKEN_TO_BE_REPLACED

You’ve seen them. Young men roaming the city, with matching t-shirts and an eye for adventure. They touch down in Austin on Thursday or Friday, live their best lives for as long as they can, and then go back to whatever reality they came from.

Bachelor parties are everywhere in Austin, and for good reason. Our city offers the best food, drink, and group activities. Accessibility within the city that makes it easy to navigate from place to place. And of course, the warm weather. If you’re planning a bachelor party in Austin, know you have options and–most importantly–the opportunity to keep it uncomplicated and fun.

END_OF_DOCUMENT_TOKEN_TO_BE_REPLACED

South Austin has a new hub for local music and fun at The Far Out Lounge & Stage. When I first saw the groovy, ’70s-style signage and marquee announcing live music at the familiar brick building in far south Austin, I immediately made a U-turn and rubbed my eyes to make sure I wasn’t imagining things.

With Boone on board, Carvalho and Anthon set their sights on music and reinvented the space as The Far Out. If the crowds are any indication, they made the right call. South Austin was ready for a new groove.

END_OF_DOCUMENT_TOKEN_TO_BE_REPLACED

You can’t just walk into Midnight Cowboy on a Saturday night and expect to get the experience, or the cocktails, everyone raves about. Certain steps are necessary. This may be why it took me three years to visit what is perhaps Austin’s most well-known speakeasy. Planning ahead has never been my strong suit.

When I made my reservation, found the hidden door, rang the bell, and sat in a booth for the first time, it didn’t take long to figure out why so many people recommended Midnight Cowboy over the years. For the sixth installment of The Austinot’s Speakeasy Secrets series, I’ll teach you how you too can have this same experience, and why you should make it a priority to do so.

END_OF_DOCUMENT_TOKEN_TO_BE_REPLACED

The rapidly developing east side of Austin is filled with just about everything you want in plain sight. Well, almost everything. In the case of Milonga Room, you have a speakeasy that resides underneath Buenos Aires Cafe, which is anything but in plain sight.

END_OF_DOCUMENT_TOKEN_TO_BE_REPLACED

I heard about a speakeasy called Here Nor There in passing. The entrance was hidden. You needed to make a reservation on an app to get in. You could become a member for an annual fee. They served some of the best drinks in Austin and I had to visit because it was “an experience.”

For my second article spotlighting Austin’s best speakeasies, I visited Here Nor There downtown, to separate fact from fiction and see what the experience entailed.

END_OF_DOCUMENT_TOKEN_TO_BE_REPLACED Having grown up in Austin in the 1980s, I often feel a rush of mixed feelings when I frequent familiar parts of town that look almost unrecognizable. In the ever-changing, always hip city of Austin, there is a comforting nostalgia when you run across that rare gem that has stood strong for over a century. Scholz Garten is one such treasure, defining the downtown Austin scene and carving out a special space in history as the longest-running biergarten in America.

END_OF_DOCUMENT_TOKEN_TO_BE_REPLACED The bar that launched the bustling, booming Rainey Street entertainment district is turning 10 on Feb. 21, 2019. They grow up fast, don’t they?

Here’s the story behind the bar that started it all.

END_OF_DOCUMENT_TOKEN_TO_BE_REPLACED 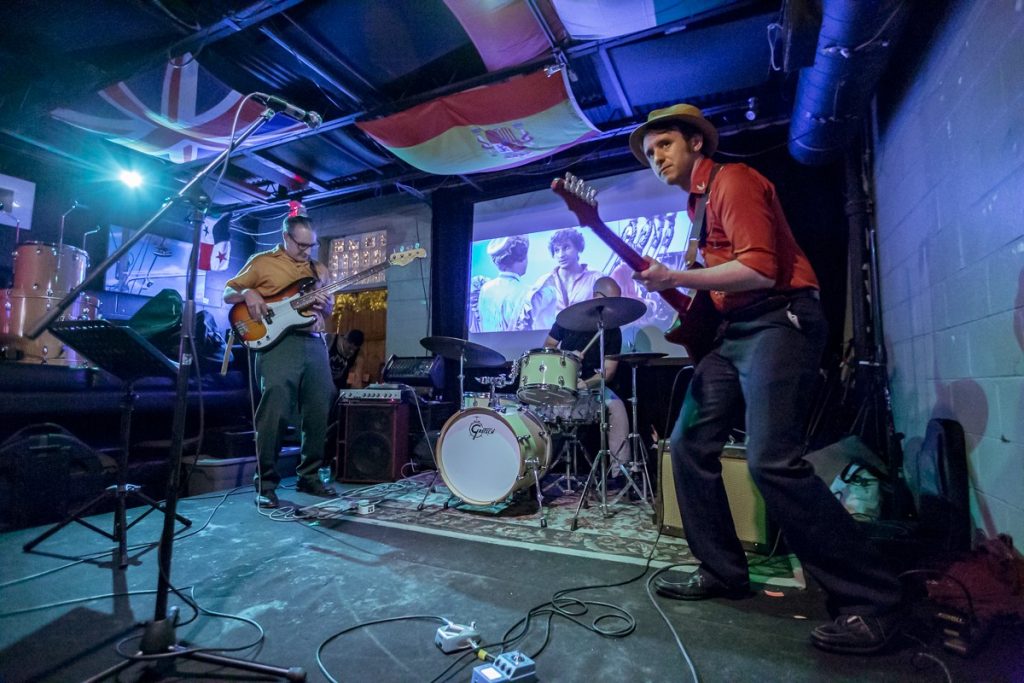 Started with the intention of bringing more awareness to surf music, Second Saturday Surf is now established as a home base for the Central Texas surf guitar scene. The monthly event at Knomad Bar has been going strong for over five years.

END_OF_DOCUMENT_TOKEN_TO_BE_REPLACED One of the best ways to get into the holiday spirit: a trip to Trail of Lights (Credit: Juice Consulting)

It’s that time of the year, Austin! The pies are baking, presents are being wrapped, and Trail of Lights is back in town. Well, almost. Starting Dec. 10, 2018, Zilker Park will be transformed into a twinkling winter wonderland.

We’ve got all the details on this year’s Trail of Lights festivities. Read on to get ready for your visit this year! END_OF_DOCUMENT_TOKEN_TO_BE_REPLACED