Hiking on the Greenbelt in Austin (Credit: Erin May)

It has been scientifically proven that spending time in nature has significant positive mental health benefits. With hundreds of parks and greenbelts all over Austin, we never lack access to nature. Our green space is one of the most unique things we have in Austin. With the help of a fellow blogger, I came up with nine of the best hiking spots in Austin for all of us to utilize and protect, organized by geographic area. END_OF_DOCUMENT_TOKEN_TO_BE_REPLACED

END_OF_DOCUMENT_TOKEN_TO_BE_REPLACED

The holidays can be a joyous time of year with friends and family. But this season can also be stressful, as you try to find the perfect gift for those you love.

Whether you’re looking for arts, crafts, Texas foods, or gift certificates, our team at The Austinot believes local gifts make the best gifts! So here’s a rundown of the best bazaars, fairs, and markets in Austin to make your holiday shopping a breeze.

END_OF_DOCUMENT_TOKEN_TO_BE_REPLACED I love checking out new restaurants because I like to experience a restaurant in its infancy stage, when it’s still learning to “walk.” It can be rewarding to watch a local restaurant come into its own. I find that younger restaurants are also more likely to take risks and experiment, as they figure out their style and role in the community they serve.

El Burro, located in the Lamar Union, is one of Austin’s infant restaurants I recently checked out. From the owners of VOX Table, El Burro opened its doors in December 2016. When they started serving brunch and lunch, I couldn’t stay away. END_OF_DOCUMENT_TOKEN_TO_BE_REPLACED Finding the perfect gift can be a struggle. You want to give something thoughtful, but also something that won’t go to waste, or worse, be re-gifted. I’m happy to announce I’ve finally found the perfect gift! It can be given on any occasion, to men and women. It’s a gift guaranteed to be shared, but never re-gifted. And, best of all, it’s made right here in Austin, Texas. I’m talking about handmade chocolates from Chocolaterie Tessa.

This local chocolate shop in north Austin will protect you from any gift-giving faux pas. I recently met with Tessa Halstead for a tour of her factory, and to learn more about her handmade, small-batch chocolates. END_OF_DOCUMENT_TOKEN_TO_BE_REPLACED 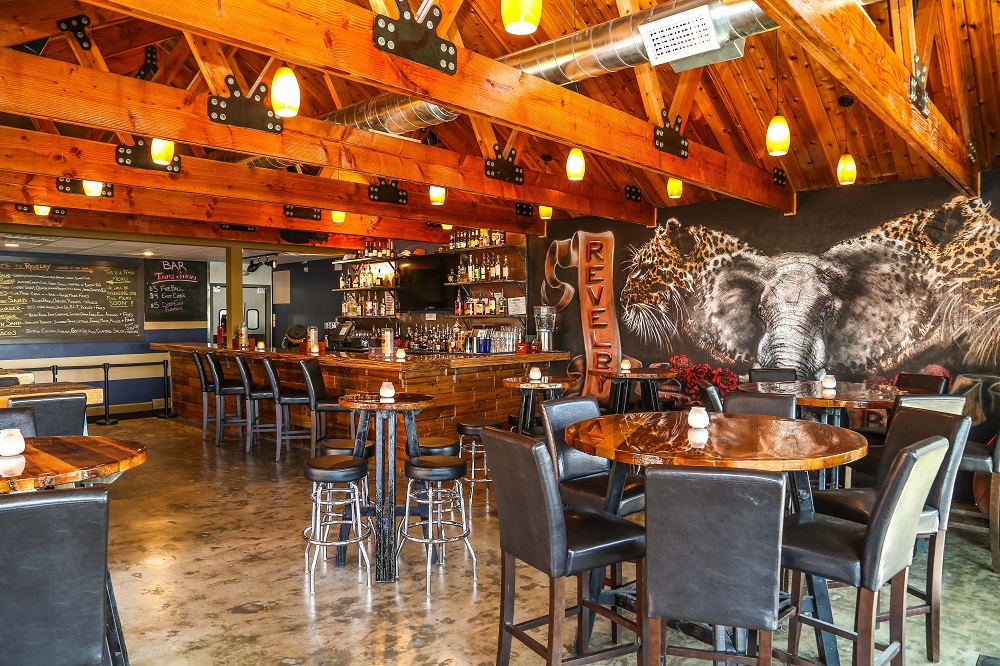 While the word revelry means “lively and noisy festivities, especially when these involve drinking a large amount of alcohol,” according to Oxford Dictionary, don’t let Revelry Kitchen + Bar fool you. Their food inspires just as much merriment as their cocktails. Even better, all the festivities won’t leave you broke.

One of the newest spots on East Sixth Street, Revelry strives to give revelers an affordable, boisterous and inviting choice among the many watering holes in the area. I went for Sunday brunch and stayed for the drinks. Every aspect of Revelry Kitchen + Bar is on point. Here’s all you need to know before heading there. END_OF_DOCUMENT_TOKEN_TO_BE_REPLACED I’m a recovering wine snob. Years ago, I only drank high-end bottles with other wine snob friends. We would eat cheese while sipping, sniffing and discussing wines. Then I moved to Italy, where delicious wines cost as little as $5.

And then it hit me.

It’s not about this varietal or that vintage, or even what pairs best with what. It’s simpler than that. Much like any alcoholic beverage of choice, you drink it because you like it. And the reason you drink is to celebrate friends, family, careers or life events.

Here are some top-notch spots to sit and sip a glass of wine in Austin with your closest friends, family or colleagues. They aren’t necessarily the most high-end in town, but they’ve got soul. END_OF_DOCUMENT_TOKEN_TO_BE_REPLACED Tex-Mex and steakhouses may be the Texas standard, but when it comes to Austin’s growing culinary scene there are many cuisines challenging that tradition. Italian food is one of the most popular cuisines across America, yet in Austin we lack authentic options.

Only in the last five to ten years have we seen an increase in authentic Italian pizza locally, but Italian food is much more than just pizza. Finally, Red Ash Italia offers dishes that highlight both northern and southern Italian styles of cooking. Here’s what awaits you when you visit Austin’s Red Ash Italia. END_OF_DOCUMENT_TOKEN_TO_BE_REPLACED While I still stand by my 2014 list of “5 Best Pizza Joints in Austin,” I’ve found many new spots over the past two years I’d gladly add. One of them is Burn Pizza + Bar on East Sixth Street. Before you run out to try this pie, here’s everything you need to know. END_OF_DOCUMENT_TOKEN_TO_BE_REPLACED Living in a city like Austin, with so much music and art around to enjoy, it’s no wonder we often feel an urge to tap into our creative side. Whether you already have a craft you dabble in or are looking for something new, you should consider the art of metalsmithing! Smithing is the craft of using metal to create items such as tools, kitchenware and jewelry, and is one of the oldest occupations. No wonder Smith is such a common last name.

Sounds like a difficult craft to try out, right? Wrong! Creative Side Jewelry Academy–and their latest expansion, Creative Side Metal Works–allows the average Austinite to tap into his or her creative side and learn how to forge, solder, melt and mold metal. END_OF_DOCUMENT_TOKEN_TO_BE_REPLACED