What would you guess is Central Texas’ most abundant food supply? Is it tacos? How about barbecue? I considered the question for the first time, standing inside a sweltering industrial kitchen with local Austin baker Sandeep Gyawali. I was just as surprised as I imagine you might be to discover that it’s the mesquite legume, the bean-looking pods that hang from mesquite trees.

After laughing at my questioning smile, Gyawali retrieved a small bag of the powdered legume that smelled sweet, like cocoa powder. “Look where it comes from,” he said, as I read that the mesquite powder was neither packaged nor produced in the United States. “Why aren’t we eating the food that’s directly around us?” The smell of Gyawali’s heritage grain flour, milled two feet away from me, made my mouth water.

I’ve thought about his question. Although Austin is surrounded by enough fertile farmland to feed our entire city, less than one percent of the food we eat is local. END_OF_DOCUMENT_TOKEN_TO_BE_REPLACED For those who find themselves on Austin’s famous Sixth Street on a weekend night, the sights and sounds of the city’s bustling nightlife radiate out in a familiar song. Cars and bikes zip through the streets, deep bass diffuses from lines of packed bars and, of course, a bucket drummer or two pulses rhythm into the supercharged atmosphere of “Dirty” or “West.”

However, when performers venture out to Austin’s streets, armed with their instrument, guitar case or bucket, many fear an encounter with police. Navigating the gray area of Austin’s city ordinances is tough, these buskers say, and many live in legal limbo. Unclear if they are operating under their First Amendment rights or simply waiting to be run off, street performers in Austin are forced to navigate swift waters. Even worse, according to buskers, the city is equally unsure of the law and benefits from keeping it that way. END_OF_DOCUMENT_TOKEN_TO_BE_REPLACED Matt Martinez was a boxer and winner of the Cross Country Olympics in Kodiak, Alaska in 1952 before he opened his now iconic restaurant. Once open, Martinez took special care of his customers while his wife, Janie, worked in the kitchen cooking everything from scratch. Here are some other things you may not know about Matt’s El Rancho in Austin.

END_OF_DOCUMENT_TOKEN_TO_BE_REPLACED Planetarium at Texas Museum of Science and Technology

Aristotle said, “In all things of nature there is something of the marvelous.”As different as children can be, one thing they share is curiosity. We observe it in their expressive faces, wide eyes and (sometimes endless) questions. Luckily, in Austin there are many ways for kids to learn, have fun and stimulate their curiosity!

END_OF_DOCUMENT_TOKEN_TO_BE_REPLACED

What if you could hop in the car after a long week, drive 25 minutes and end up in the Tuscan countryside sipping Italian wine? Lucky for Austinites, we can get strikingly close to this experience by visiting Duchman Family Winery in Driftwood, TX.

Duchman Family Winery is one of Texas Hill Country’s best wineries, and it’s close enough for some South Austinites to visit on a week day. As you head down the long, narrow driveway and see the Tuscan-style buildings, tall Italian cypress trees and expansive vineyard come into view, you’ll feel a bit lighter as the weight of the real world fades away. END_OF_DOCUMENT_TOKEN_TO_BE_REPLACED One of the things I’ve come to enjoy most about Austin is the appreciation of good health. This is one fit city! I’m reminded of this daily as I connect with health-conscious guests through my job at Studio 512.  And while I’m not running marathons or perfecting the Firefly pose, I’ve definitely been inspired to take notice of my own health.

From the inside out, we have so many ways to do a body good. I’ve learned that fitness isn’t just about going full throttle during a workout or depriving oneself of deliciousness. Being truly fit is taking care of the whole package. In my journey to wellness, I’ve found these places around Austin that are a great fit. END_OF_DOCUMENT_TOKEN_TO_BE_REPLACED The Watters began their story outside of Austin, Texas. Married couple Jenna and Daniel Watters were originally in The Oak Creek Band, beginning in 2009. They toured the country, keeping a home base in Denver for about four and a half years, then in Nashville for about two years. In 2015, they moved their band to Austin, where they changed their group name to The Watters.

This Americana/Soul group was specifically attracted to our city, due to its welcoming nature and supportive environment for the arts. This past Saturday, the band celebrated their debut album release of “The Great Unknown” with an Austin crowd at The Parish.

“We feel so welcome here, and it’s a good feeling,” Jenna Watters shared. “We’re not going to be leaving anytime soon. We just love it!” 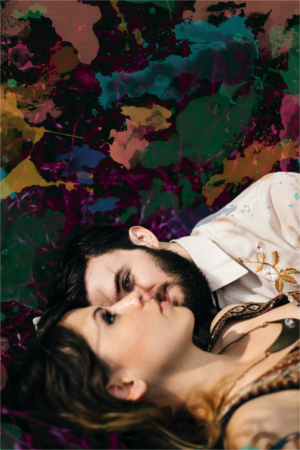 Watters said the band members wanted to change their name to The Watters after previous members went their separate ways. The original name also gave the impression of a folk or bluegrass combo. Instead, the group wanted to recognize the louder, more energetic sound they create when performing live as a nine-piece ensemble. At their CD release event, the band definitely had more a rock feel when they included a horn section and covered a mad version of Led Zeppelin’s “What Is and What Should Never Be.”

“I think, live, we just love that energy of rocking out,” Jenna Watters explained. “It’s just so much more fun, and we’re able to master the sound that we’ve been wanting, finally.”

While this is a debut release under The Watters name, Jenna and Daniel Watters have previous experience with albums under The Oak Creek Band. Their prior collaborations have shaped their music into what it is now. Some of the best Austin musicians are featured on “The Great Unknown” album, including Joe Woullard of Golden Dawn Arkestra and Hardproof, Zumbi Richards of Golden Dawn Arkestra, Trevor Nealon of Band of Heathens, and Erik Hokkanan.

“The whole album is about diving into the unknown in life,” Jenna Watters added, “whether it be the kind of job you’re going to have, the people you’re going to surround yourself with, trusting your guts, following your instinct and speaking truth. A lot of those songs are about speaking truth, what’s right and what is real in the world.”

The 10-song LP is available in CD and digital formats. For more information, visit wearethewatters.com.

What new Austin band have you discovered recently?

Lauren Lyman is a freelance writer, flutist, and singer. She is a graduate of Texas State University, where she attained a Master of Music in music history. She wrote her master’s thesis on the sisters of Heart, as well as Fiona Apple, Madonna and Janis Joplin. The Deer has the profound ability to appeal to the senses. This Austin band, originally from San Marcos, released their third album, “Tempest & Rapture” in May 2016. In the double LP, we have plenty to absorb. We hear catchy and emotive melodies; we see a vast landscape and rolling hills; we feel the creek water at our feet; we smell the aftermath of a long rain; and taste the golden sweetness of life. END_OF_DOCUMENT_TOKEN_TO_BE_REPLACED An Austin summer is filled to the brim with free movie screenings, swimming holes, brewery tours and live music. The summer live music scene feels different than it does the rest of the year. Attribute it to the Texas sun or UT students’ summer vacation, but summer in Austin feels like a time for locals to enjoy the Live Music Capital of the World.

You’ve heard about Blues on the Green and Unplugged at the Grove, but the 2ND Street Soundcheck festival takes the cake for summer music festivals. This free family event offers live music, shopping, in-store performances and outdoor fun, all while supporting the local artistic community. END_OF_DOCUMENT_TOKEN_TO_BE_REPLACED I’ll go out of my way every morning just to get an espresso or cappuccino at one of my favorite cafes, even if it means being a little late for work. I’ll never enjoy a coffee from Starbuck’s or a gas station again.

Sometimes I wallow in guilt over the fact that I’m willing to fork over a good chunk of my salary to satisfy my craving for exceptional coffee, often multiple times a day. But after getting to know the baristas at four of my favorite Austin coffee shops, I feel less guilty about my habit.

Meet the faces behind the flavor.