“What is a locavore?” you may ask. No, it isn’t a new diet trend or an exclusive club reserved for those in the know. Locavores are those whose diets consists principally of locally-grown or -produced food. Taking a locavore approach to eating means a step back into simpler times, before the industrialization of the food system. Before the existence of genetically-modified crops and the use of chemical fertilizers and pesticides. Before monocropping practices and animal production facilities dominated the U.S. food supply.

The USDA defines “local” as less than 400 miles from the origin of the product, or within the same state where the product is produced. Austinites have the unique opportunity to dine with a distance from farm to table of literally only a couple of miles (and in some cases, only a few feet). That is a big deal, considering the average American meal travels about 1,500 miles to get from farm to plate (source: Center for Urban Education about Sustainable Agriculture).

Much like a new car immediately depreciates in value upon driving off the lot, the nutritional value of a tomato immediately depreciates upon being picked from the vine. The produce found in your local supermarket can be anywhere from one week to one year old by the time it reaches shelves. In addition to the positive impact consuming locally-produced food has on your health and the environment, it also allows you the opportunity to promote sustainable farming practices and support Austin’s vibrant local food community–both farmers and restaurants.

In the interest of keeping it hyperlocal, I’m focusing on restaurants that source ingredients from the four urban farms on Austin’s east side: Boggy Creek, HausBar, Rain Lily and Springdale. All four of these farms provide organic produce to local restaurants.

With help from a couple of urban farmers and V. Broussard Consulting, I came up with a list of 11 Austin restaurants bringing you the most delicious, responsibly-sourced food via the shortest route possible. All 11 feature seasonal menu selections that are constantly changing based on the availability of local ingredients. Barley Swine opened in 2010 with the commitment to support local farmers and ranches. Chef Bryce Gilmore, an Austin native, has been named a James Beard Award Best Chef Southwest semifinalist again, for the fourth consecutive year. Another nod goes to Bryce with Barley Swine’s sister restaurant, Odd Duck, listed at #9 on this list. 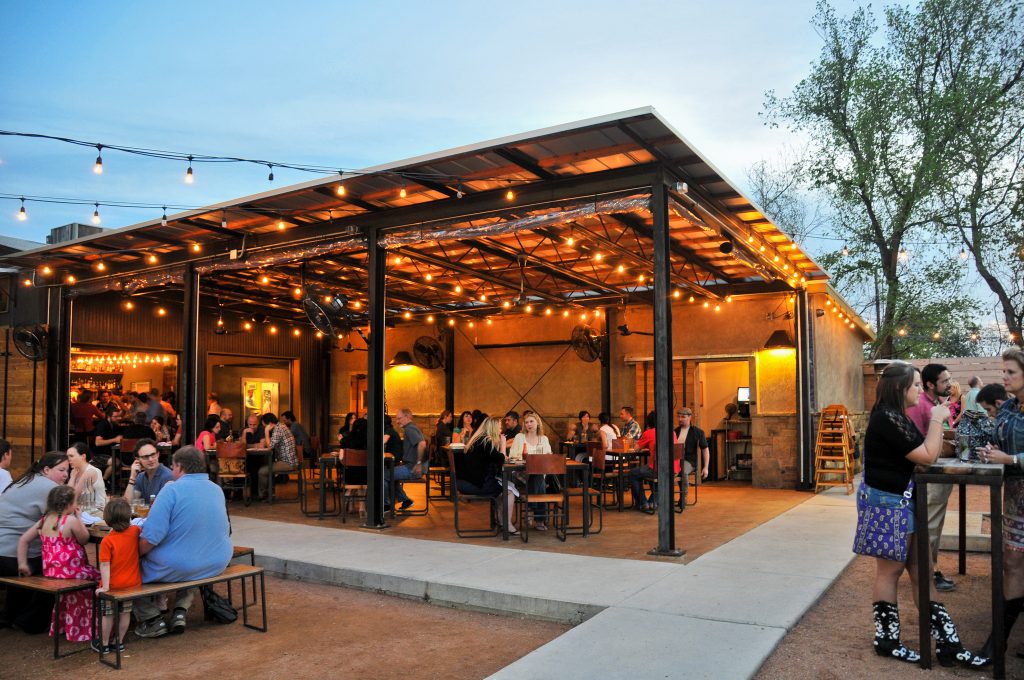 Dai Due is a restaurant/butcher shop where nearly every ingredient in the restaurant, including olive oil, is sourced from the immediate region. In 2015, Bon Appétit Magazine awarded Dai Due the #6 spot on their list of America’s Best New Restaurants and Edible Austin named the restaurant’s owner and chef, Jesse Griffiths, a Local Food Hero. Eden East was born of Executive Chef Sonya Coté’s desire to tell the classic story of the time-honored connection between cook and farmer. Situated on the property of Springdale Farm, the distance between farm and table doesn’t get any closer than this.

Having a menu that changes daily and an in-house fermentation program allows Emmer & Rye to maximize the use of local ingredients. Diners have the option to order off the menu or from carts that circulate the dining room. The cart service provides flexibility to highlight local ingredients when they’re at their peak. Husband and wife team Todd Duplechan and Jessica Maher opened Lenoir in 2012 with a commitment to sourcing food locally. Lenoir is currently serving what they call “Hot Weather Food” in the interest of eating according to season and climate. New on the Austin restaurant scene is L’Oca D’oro, which opened its doors in June after three years of hosting pop-up dinners. Chef Fiore Tedesco, formerly of Franklin Barbecue and Bufalina, carefully sources all ingredients and the pasta is made in-house using freshly milled grains. Odd Duck is the sister restaurant to #1 on this list, Barley Swine. What started as a food truck in 2009 became a full-service restaurant in 2013, standing on the exact lot where the food truck once stood. Chef Bryce Gilmore has helped to put Austin’s local food scene on the map, developing a menu that is inspired by the Texas seasons and illustrates the loyal relationships between chefs and farmers. What started as a mom-and-pop artisan bakery in 1981 is now a full service farm-to-table restaurant. Texas French Bread has built relationships with many local farmers over the years, especially Boggy Creek Farm, who they’ve sourced from since their restaurant opening in 2008. Last, but certainly not least, is Wink. On June 11 they celebrated 15 years of farm-to-table dining in Austin. Chef de cuisine and forager, Eric Polzer, makes his rounds to East Austin’s urban farms twice per week in search of the best local ingredients.

Which local ingredients are you most excited about this season?