One of the earliest memories I have of the theater was when my dad took me to see the entire Star Wars trilogy in one sitting. Today, The Paramount Theatre continues to show classic cinema favorites through its Paramount Summer Classic Film Series, allowing other Austinites to make memories of their own. END_OF_DOCUMENT_TOKEN_TO_BE_REPLACED When you walk into The Marchesa, it’s like walking into a movie museum. The walls are decorated with old film posters, as well as record covers of vintage soundtracks. Partnered with the Austin Film Society, this venue has a 280-seat theater, equipped with Dolby surround sound and projectors for both 35MM and the currently used DCP. While these specs are pretty standard for a multiplex, they’re more unique for END_OF_DOCUMENT_TOKEN_TO_BE_REPLACED Originally, back when Alamo Drafthouse was located on Colorado Street (where Haven currently resides), before the move to South Lamar, it had a small t-shirt stand called Mondo Tees. During that time, Mondo Tees began to sell creative, licensed posters to various film screenings, creating a rabid fan base among movie collectors and graphic design enthusiasts. END_OF_DOCUMENT_TOKEN_TO_BE_REPLACED In the late 1990’s, Tim and Karrie wanted to share their love of movies, food and beer with Austin. With a bolt of inspiration, they opened a small, one-screen theater downtown. Their enthusiasm was infectious and drew the attention of directors like Richard Linklater and Quentin Tarantino. From there, their venture blew up. The Leagues expanded Alamo Drafthouse Cinema with multiple locations around Austin.

END_OF_DOCUMENT_TOKEN_TO_BE_REPLACED 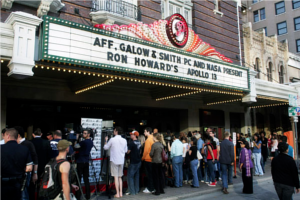 The Austin Film Festival is an annual film festival and conference that occurs at the end of October at different theaters and venues in downtown Austin. Currently in its 20th year, the event specializes in being the festival for screenwriters. Not only does Austin Film Festival feature many different films from around the world, it also hosts extremely memorable panels, as well as pitch competitions. So if you’re a budding screenwriter (like me) or if you happen to have that one script hiding under your seat, this is the festival to go to. END_OF_DOCUMENT_TOKEN_TO_BE_REPLACED The Austinot loves supporting local creatives. We have covered film competitions, art museums, and more live entertainment than you can shake a stick at. Learning about The Show! Austin, however, was a special treat. The Show! is an hub for Austin-only entertainment. If you love film, comedy, or anything in between, then The Show! is a must-see.

You may not know this, but Austin, Texas is home to some of the best entertainers in the country. It makes sense if you think about it. Austin is weird. Austin is creative. Austin is educated. And we’ve still got that Texas “Come and Take It!” spirit. Roll all that up with some cameras and a boom mic, and you get our distinct anti-Hollywood entertainment industry. We create things Los Angeles will not. END_OF_DOCUMENT_TOKEN_TO_BE_REPLACED 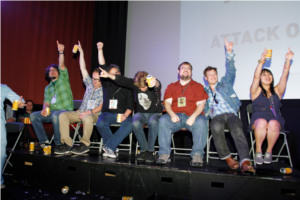 The newest Alamo Drafthouse location lies past the northwest, intersecting highways that precede the Lakeline area. Last week, that theater hosted the infamous Fantastic Fest. For the uninitiated, Fantastic Fest is an annual, ten-day film festival specializing in acclaimed science fiction, cult, and horror films from all over the world.

But the films are only half the fun. When the film geeks, movie stars and film makers are not sitting in a theater, the entire site is one insane, geeky party, featuring debates (with boxing matches), karaoke, and dunking tanks. END_OF_DOCUMENT_TOKEN_TO_BE_REPLACED

This guest blog article is by Lizzy Newsome.

There are few artistic mediums as accessible as animation. The ideas and concepts are born fully illustrated, and the artist’s vision can be shared with viewers of all ages and backgrounds. 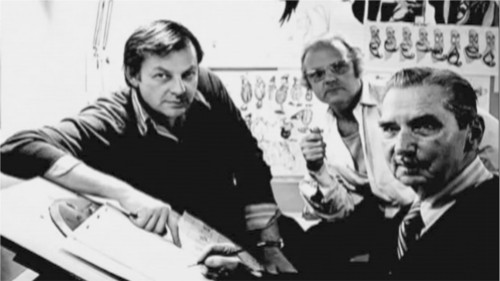 On left, Richard Williams the master animator in his studio

This month, the Alamo Drafthouse is bringing Kevin Schreck’s Persistence of Vision to Austin, a documentary centered on the most ambitious animated feature ever created. Or perhaps it should be “never” created. Master animator Richard Williams spent nearly three decades on his animated masterpiece The Thief and the Cobbler, but his dreams for the movie were never realized. The cobbled together film was released in 1993 to little fanfare and resulted in a loss of 24 million dollars. END_OF_DOCUMENT_TOKEN_TO_BE_REPLACED 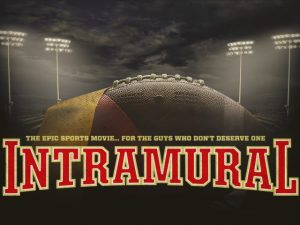 I arrived on the set of Intramural shortly after 11 PM on their last day of shooting. They were wrapping the film on the football field of Manor New Tech High School, which seemed very quiet that night. I was surprised to hear the breeze and my own footsteps as I walked toward the shoot. A few days earlier, there had been hundreds of extras in the stands along with a booming high school marching band. Despite everyone looking exhausted, each person I spoke with on set told me they were sad this was their last night together. END_OF_DOCUMENT_TOKEN_TO_BE_REPLACED Sound & Cinema at the Long Center

Austin has Wednesday figured out. Instead of being driven indoors during 100+ degree weather in the thick of summer, we flock towards the siren call of free, live outdoor events.

Fortunately, we’re blessed with a multitude of public parks and outdoor event centers that facilitate this addiction. KGSR has spoiled us over the last 23 years with their Blues on the Green series featuring live music at Zilker park, with the majestic Austin skyline as a backdrop, every other Wednesday over the summer. Alamo Drafthouse has us covered with Rolling Roadshow, featuring classic movies at a unique Austin locale, shown on a huge inflatable screen with top-of-the-line sound system. Even the venerable Austin Symphony has jumped in, showcasing their free “Concerts in the Park” series at the Long Center on Sunday nights over the last 11 years.

Most world-class cities would be fortunate to have even a few of these options. But Austin and Austinites don’t stop there. I mean, what are we supposed to do on the Wednesdays that Blues on the Green isn’t running? What other outdoor events are out there? END_OF_DOCUMENT_TOKEN_TO_BE_REPLACED