Editor’s Note: As of June 8, 2017, Pitchfork Pretty is open for business. The owner also purchased an abandoned lot near the restaurant and has started a garden, from which the restaurant will source produce.

Over the past five years, the East Austin neighborhood of East Cesar Chavez has been developing at a rapid pace that shows no signs of slowing. Following the recent openings of highly anticipated restaurants such as Grizzelda’s, Tillery Kitchen and Bar, and Kemuri Tatsu-ya comes Pitchfork Pretty, scheduled to open in END_OF_DOCUMENT_TOKEN_TO_BE_REPLACED Sometimes you just want a beer and burger at the neighborhood joint, but other times you want to embark on an upscale, booze-fueled adventure that transports you to another time and place. In the case of the latter, here are my top five picks for the most stylish bars in Austin. END_OF_DOCUMENT_TOKEN_TO_BE_REPLACED Developed from what was an old print shop into what stands out as one of our city’s most dazzling spaces–a mix of Victorian and midcentury design aesthetics–Eberly aims to preserve the soul of Austin amid a growing population and changing landscape. As stated on their website, “Austin has always been a gathering place for risk takers, creative types and liberated thinkers. We’ve distilled that spirit into one distinctively authentic place.” END_OF_DOCUMENT_TOKEN_TO_BE_REPLACED Upon entering Crêpe Crazy’s South Austin location, I was transported to a quaint European cafe. My senses were delighted by the scent of freshly-made crêpes, melted cheese and the occasional waft of espresso. The mid-century modern inspired decor boasted sleek lines, a warm color palette of mustard yellow and orange hues, marble white table tops, and spherical copper pendant lighting. At this point I was already smitten…and I hadn’t even ordered yet.

It doesn’t take long to realize there’s something unique about Crêpe Crazy, beyond the sophisticated decor and carefully-curated menu featuring a number of tantalizing options to satisfy cravings of both savory and sweet. As I glanced across the counter into the open kitchen, I noticed the kitchen staff was silent. Their preferred method of communication? Sign language. END_OF_DOCUMENT_TOKEN_TO_BE_REPLACED As we move into the holiday season, I begin to reflect on all I have to be thankful for and consider how I can help those in my community who are less fortunate. If you’re also looking for a way to give back this holiday season, Austin Empty Bowl Project is a cause highly deserving of your support. Over the past 19 years, Austin Empty Bowl Project has raised over $900,000 to help feed hungry Central Texans. Now celebrating 20 years, the goal is the $1 million mark.

The family-friendly event will be held on Sunday, Nov. 20 from 11 a.m. to 3 p.m. at Central Texas Food Bank, located at 6500 Metropolis Dr. For a donation of $20, guests are invited to choose their favorite from over 4,000 handmade ceramic bowls donated by local artists, which are then filled with soup and bread from some of Austin’s best restaurants. When it’s time to leave, have your bowl wrapped up to take home as a reminder of those whose bowls are empty. END_OF_DOCUMENT_TOKEN_TO_BE_REPLACED

Like most Austinites, I welcome cooler weather after enduring a seemingly endless summer. November marks the beginning of sweater weather, and you can bet that about the time I reach for something knitted, I’m darting out the door to devour a steaming bowl of pho in Austin.

Of all the Vietnamese dishes to garner attention in the West, none have achieved the same level of adoration as phở (pronounced “fuh”), which also happens to be the national dish of Vietnam. Pho is comfort food at its finest: warm and hearty, and served in generous portions. Piping hot broth is poured over rice noodles and the desired protein or veggies, then served with END_OF_DOCUMENT_TOKEN_TO_BE_REPLACED Tara Chapman of Two Hives Honey opens up one of her hives (Credit: Jaclyn Hubersberger)

What do a former nurse, federal government employee, paralegal, teacher and banker have in common? They’re all Austin women entrepreneurs who traded their careers to open small businesses in our city. And they all share a passion for the local community and a commitment to sustainability.

Austin’s entrepreneurial spirit is rivaled by few other cities, and it seems more and more people are abandoning traditional careers in favor of forging their own way through less conventional means. Meet five Austin women who have turned what began as hobbies into budding local businesses, and who are thinking globally while acting at the grassroots level. END_OF_DOCUMENT_TOKEN_TO_BE_REPLACED There’s no better place to hold a festival dedicated solely to the art of fermented foods than our festival-obsessed city known for its vibrant food scene. On Oct. 2 from 10 a.m. to 4 p.m., more than 40 vendors, brewers and artisans will converge on the grounds of Barr Mansion (10463 Sprinkle Road) with one thing in common: their love of fermentation. This will be the third annual Austin Fermentation Festival, presented by Texas Farmers’ Market with the support of sponsors Whole Foods Market and Barr Mansion.

Beyond tasting a variety of your favorite fermented foods from award-winning local vendors, while enjoying live music on an enchanting, historic property, you’ll be helping to secure the livelihood of Texas farmers. Event proceeds will benefit the Texas Farmers Market Farmer Emergency Fund, which offers financial assistance to farmers and ranchers in times of environmental, personal or other crises. END_OF_DOCUMENT_TOKEN_TO_BE_REPLACED If you suffer from food allergies or autoimmune disease, you know that dining out can be restrictive. As a foodie who later developed celiac disease, the number of restaurants in Austin where I’m able to dine safely can be counted on both hands. I wrote about these safety bunkers in my article, “Top 10 Austin Restaurants When It MUST Be Gluten-free.” Thanks to Picnik, that number has grown to 11. END_OF_DOCUMENT_TOKEN_TO_BE_REPLACED 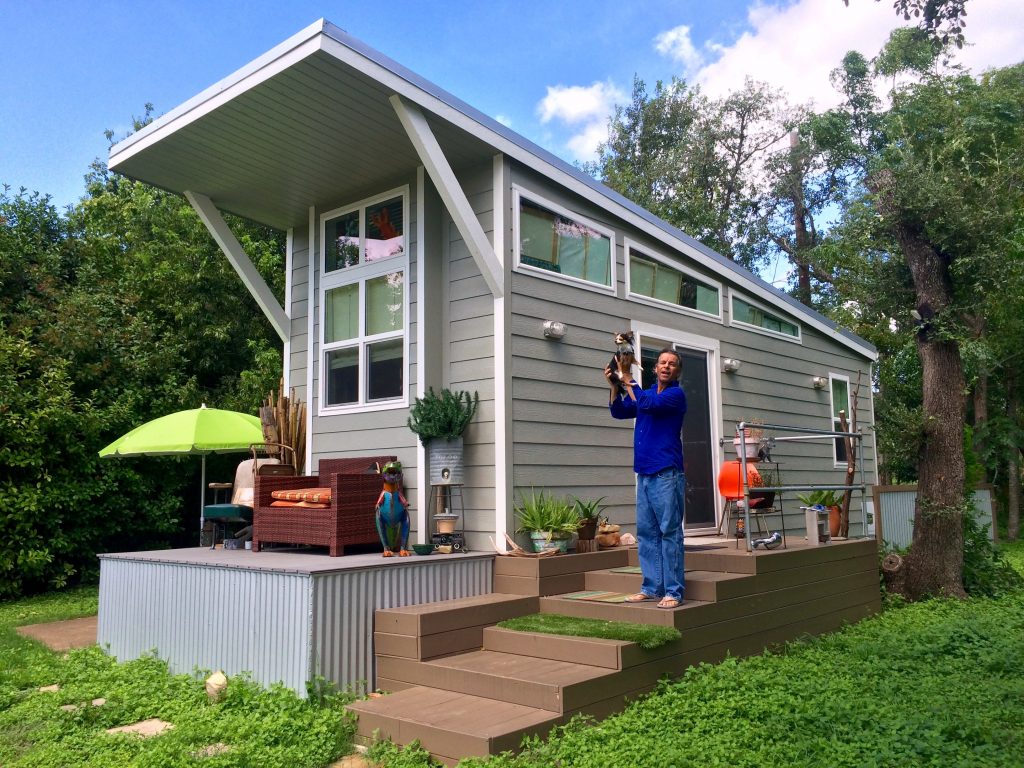 As a minimalist with an interest in sustainability, excited by the challenge of living in small spaces with a fear of geographical commitment, you could say I’m an ideal candidate for the tiny home lifestyle. But this wasn’t always the case.

Living in a space more than eight times smaller than the average American home didn’t appeal to me until I moved to Washington, D.C. in 2010, where the cost of renting a one-bedroom apartment was roughly $2,000 per month. In that market, my budget afforded me a studio apartment with less than 300 square feet. To my surprise, I found that not only could I tolerate life in a micro dwelling, but I liked it. The dramatic purging of my belongings ultimately led to a feeling of liberation, not deprivation.

When I stumbled upon the tiny house movement in 2012, I was smitten by the thought of designing my own miniature abode END_OF_DOCUMENT_TOKEN_TO_BE_REPLACED