Austin is known for world-renowned BBQ and tacos on demand. But if you explore deeper, you’ll find a wealth of what has been translated “touch of heart,” more commonly known as dim sum.

This bite-sized cuisine originated with the Cantonese in South China and can be enjoyed day or night as a snack or during a traditional brunch. Want to get your hands on “sum”? Check out a few of my favorite dim sum locations in Austin! END_OF_DOCUMENT_TOKEN_TO_BE_REPLACED Ready to indulge in the best pasta in Austin?

Pasta. Arguably the greatest creation involving flour, water and eggs. There are literally thousands of ways to prepare and enjoy each flavorful shape.

Some talented folks in the Austin culinary community are serving up dishes that are designed to rip you away from reality and into a glorious food coma. Here is a handful of restaurants to check out around town! END_OF_DOCUMENT_TOKEN_TO_BE_REPLACED You may have been there before, or your alternative buddy at work may have mentioned it a few times. No matter what day, month, or year you go, it’ll likely be an experience you’ll never forget. Here are a few reasons why Carousel Lounge is one of Austin’s most beloved offbeat bars. END_OF_DOCUMENT_TOKEN_TO_BE_REPLACED My main objective this year, while covering SXSW Comedy for The Austinot, was to witness raw, unadulterated comedy. I did just that, and the experience was electric. In case you missed the events this year, these were my favorite moments–a glimpse into what SXSW Comedy 2017 was all about. END_OF_DOCUMENT_TOKEN_TO_BE_REPLACED Let’s take a quick journey back in time, to examine how comedy came to be an undeniable part of SXSW. END_OF_DOCUMENT_TOKEN_TO_BE_REPLACED Now to answer a few questions you may have about how to maximize your SXSW Comedy experience. END_OF_DOCUMENT_TOKEN_TO_BE_REPLACED 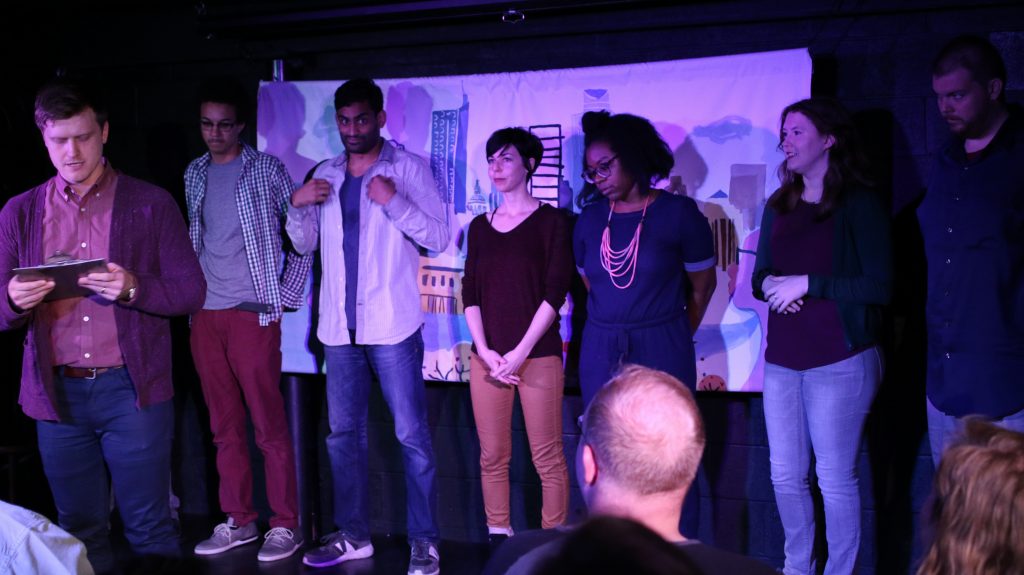 Do you have a healthy dose of curiosity when it comes to dinosaurs? Can you recite Jurassic Park in your sleep? Do you love nature? Then Dinosaur Park in Cedar Creek, Texas is for you.

There you’ll find life-sized replicas of dinosaurs, ranging from the two foot long Compsognathus to the 55 foot long Spinosaurus. You’ll be glad you made the 25-minute drive toward Bastrop from Austin. Here are a few reasons why you’ll have a ball with the dinos at Dinosaur Park. END_OF_DOCUMENT_TOKEN_TO_BE_REPLACED It seems appropriate that Austin would have a museum of toys, mostly due to how serious we are about playfulness. When it comes to fostering a playful spirit as a way of life, Austin Toy Museum has it down!

Imagination and nostalgia line the walls of Austin Toy Museum, which has over 40,000 rotating items for display. While visitors certainly get a glimpse into past childhood joy, Austin Toy Museum serves the community in surprising ways. END_OF_DOCUMENT_TOKEN_TO_BE_REPLACED The Sahara Lounge is like a funky spaceship full of old Austin magic. You can expect music and events almost every night of the week, and you’ll never be disappointed you didn’t spend your evening somewhere else.

In fact, The Sahara Lounge has got to be one of the most inviting places in the whole city and the Austinites who love it, really love it. Why, you ask? I’m happy to explain! END_OF_DOCUMENT_TOKEN_TO_BE_REPLACED