What started as a gardening hobby turned into Ryan Farnau farming nearly all the available space in both his front and back yards, with another 6,000-square-feet soon to be tilled and seeded. With a handful of local restaurants sourcing from Farnau’s farm–hardly more than a third of an acre–F-Stop is quickly joining the ranks of Austin’s more well-known urban farms, like Springdale, Rain Lily, Boggy Creek, and HausBar to the east, and La Flaca to the south.

The sustainable agriculture movement is gaining momentum here in Central Texas, thanks in part to these urban farms, the restaurants that purchase their produce, and the patrons who support the restaurants and farmers’ markets around the city. Through the use of small-scale organic growing practices, these farms operate in direct opposition to big agriculture, fast food, and the industrialized food system.

From Hobby Gardener to Urban Farmer The son of a Certified Master Gardener, some of Farnau’s earliest memories include weeding and harvesting vegetables from his parents’ garden in Lexington, Ky. He spent his young adult life living in different parts of the country and attending college, followed by a decade in San Francisco, where the scale of his gardening amounted to that of some windowsill herbs.

“My childhood was really about understanding how nature works. And it’s funny, because I spent half of my life away from it, separated from the things I believe are fundamentally important in being able to understand sustainable methodology–a way to live well,” Farnau said.

It wasn’t until he, his wife, and their one-year-old daughter moved to Austin in 2011 that the opportunity to own land presented itself. Upon buying a house on Austin’s east side in the summer of 2012, Farnau’s instinctual green thumb kicked in and he began gardening again, starting with a couple of raised beds in the backyard. A little later, nine chickens joined the mix.

It wasn’t long before the yield from his small garden surpassed the needs of his family. In the summer of 2013, Farnau started a community-supported agriculture initiative for friends, neighbors, and acquaintances. In the beginning, he grew staples such as tomatoes, squash, lettuces, herbs, and radishes. The variety has increased and evolved to include more unique items, such as heirloom tomatoes and nasturtium, partly due to Farnau’s love of cooking and desire to grow that which would appeal to local chefs. Today, F-Stop Farm grows roughly 40 different varieties of vegetables and herbs. Big things are on the horizon for F-Stop Farm, including a home renovation that will showcase a collaborative kitchen and outdoor dining space, where Farnau plans to host seasonal dinners in partnership with local chefs as early as spring 2018.

Farnau hopes to expand his restaurant clientele and will cut the number of varietals currently offered in half, in order to focus on better quality and higher yield of specific ingredients. There is a desire to work with local schools and offer volunteer opportunities, as the ability to facilitate these activities becomes possible.

The ultimate goal for Farnau is for F-Stop to become a model that spurs a change in food culture and community. He wants to teach others how to convert their lawns into gardens, with the vision of building neighborhood co-operatives. “Part of the reason farming is so gratifying,” he explains, “is because it provides a tangible outcome to your actions. A lot of the jobs we work in a modern society are about churning through a process without the ability to see the end result.”

Where to Buy F-Stop Farm Produce

Depending on the season and availability, you can find F-Stop Farm produce at the following restaurants, several of which were included in my previous article, “Top 12 Austin Restaurants for Locavores:”

On Monday, Oct. 30, 2017, you can join me and other members of Austin’s local food community for Dinner with F-Stop Farm, held at Chicon as part of the Farm Dinner Series. The menu showcases F-Stop’s seasonal produce with menu items such as blistered shishito peppers, BBQ okra, cucumber kimchi, and tempura squash blossoms.

Anyone interested in seeing the farm is encouraged to message F-Stop on Facebook, to arrange a time to stop by Monday through Friday between 9 a.m. and 1 p.m.

Are there other backyard farms on the rise we should know about? 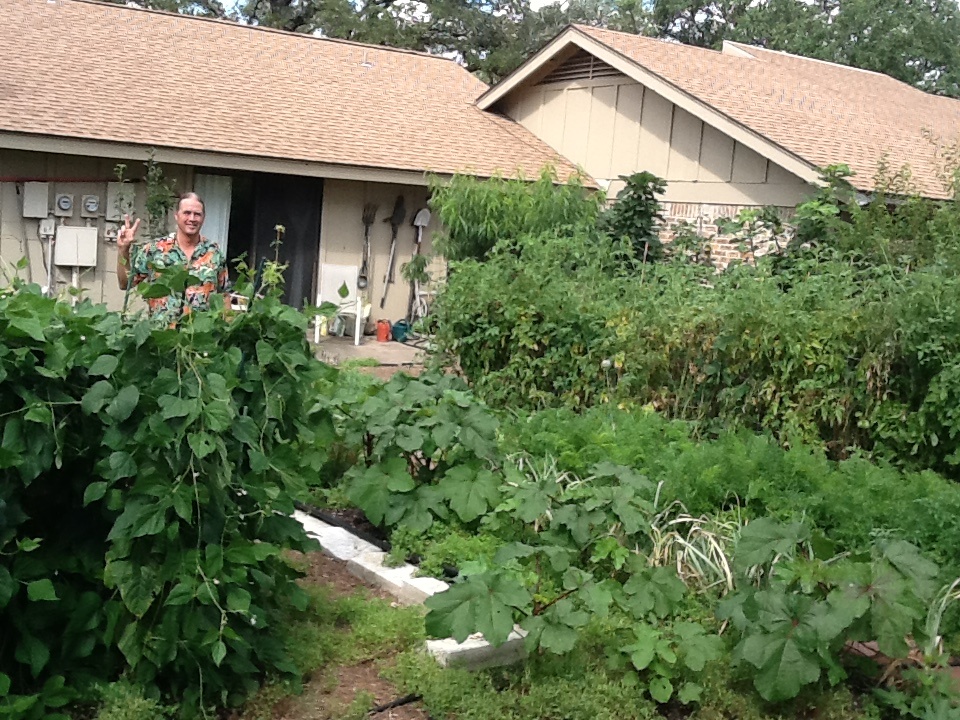