Not for oil, not for money…

So what did we trade this land for?  A building.

Don’t believe me? It’s true, and it is part of the rich history and culture of the City of Austin and the great State of Texas.

Most locals, and even many native Texans, are unaware that our State Capitol building was built because of a trade.

The State of Texas gave the builders of the Capitol 3,000,000 acres of land, making the deal one of the largest barter transactions in recorded history. The land we traded away was part of the Texas panhandle. It eventually became the XIT Ranch, one of the largest cattle ranches in the world. Between the value of the land and building expenses, the original Capitol cost $3.7 million to construct.

The cornerstone of our Capitol Building was laid on March 2, 1885. Does that day sound familiar? It should…it is Texas Independence Day. Interestingly enough, Texas decided to dedicate the building 49 years after we declared our independence.

As if that weren’t enough, the public Grand Opening of the Capitol building was held on April 21, 1888. Does that day sound familiar? It should…it is San Jacinto Day. It’s quite patriotic that Texans treasure their history so much and understand it’s importance.

None of this is by coincidence, and all of it truly fascinating when you think about it. If you love Texas history, check out this article on the Goliad Re-Enactment, worth a trip for the whole family.

(Photos courtesy of the Texas State Library And Archives)

@EricHighland asks:
What is your favorite piece of Texas related historical trivia? 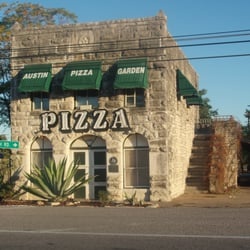 My great-grandfather did too. If you ever go to Oak Hill..go eat at Austin Pizza Garden. My great -grandfather was commissioned to build that building an Oak Hill Elementary too.

I love it, I’d give them the whole panhandle if they wanted it!

lolz they got screwed