Have you ever thought: What kinds of homes are in Austin? I’m not talking about looking for a new place to live. I mean the unique and weird types of homes that fit the Keep Austin Weird vibe. Fortunately, there’s a tour for that.

END_OF_DOCUMENT_TOKEN_TO_BE_REPLACED 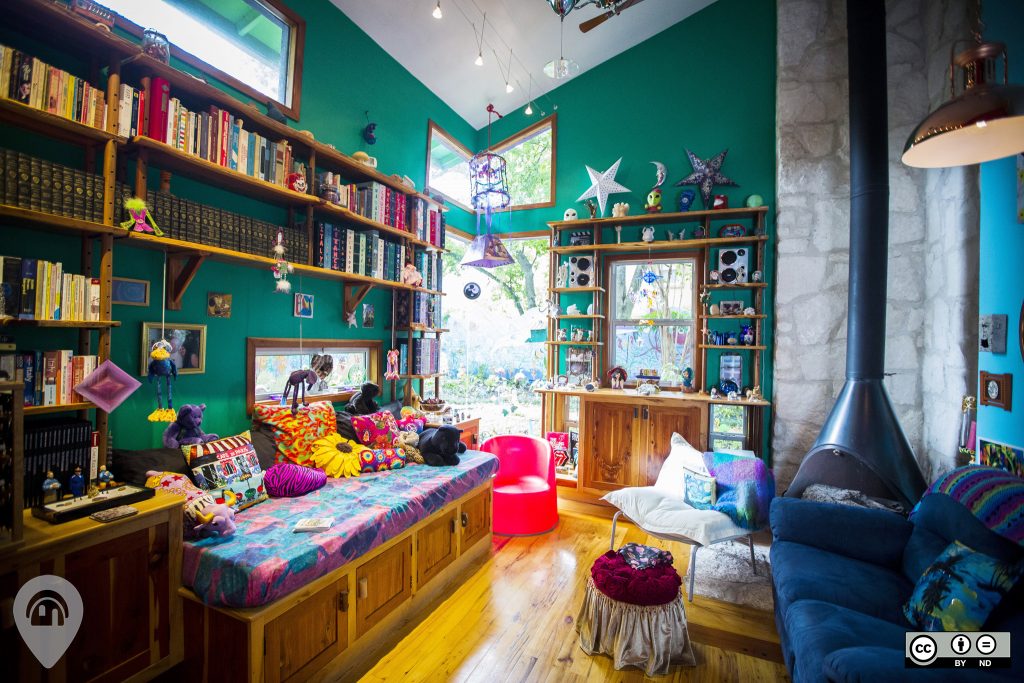 Under the Sea House, part of this year’s Weird Homes Tour

Austin’s long-standing reputation for weird serves as the perfect stage for the annual Weird Homes Tour. The tour is a showcase of 10 select homes, and your chance to stop just peeking through the blinds. With your ticket, you are invited inside for a personal tour and opportunity to chat with the owners of some of the Bat City’s most creative and unique homes. END_OF_DOCUMENT_TOKEN_TO_BE_REPLACED If you weren’t able to attend Austin Weird Homes Tour this year, become a virtual tourist through this inside look at six homes on this year’s unique tour. END_OF_DOCUMENT_TOKEN_TO_BE_REPLACED You may know Austinite Aralyn Hughes from her apartment on the Weird Homes Tour, her performances, or her recently released book and documentary. Perhaps you’ve caught a glimpse of her art car driving around Austin, or you’ve seen a mural painted in her likeness at Bedichek Middle School.

If you don’t know Hughes yet, allow me to introduce you to the “Queen of Weird” through a peek into what’s going on in her life and mind. END_OF_DOCUMENT_TOKEN_TO_BE_REPLACED 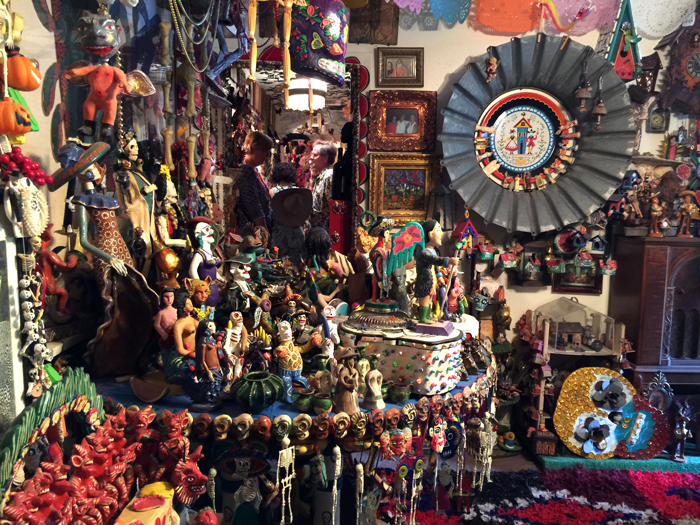 When I visited Sharon’s Brentwood home during Weird Homes Tour 2015, I was in awe. Her 1,500-square-foot home peeked out from behind a tall front yard garden. The tour cryptically dubbed the location, “Sharon’s House,” so I wasn’t sure what to expect at first.

END_OF_DOCUMENT_TOKEN_TO_BE_REPLACED The Queen of the Weird, Under the Sea and The Music Home – all new homes featured on this year’s tour

Last year, I went on the first Weird Homes Tour, a self-guided excursion through exceptional and unconventional homes all over Austin. After snooping (courteously) through the houses, I wanted to know more about the people who lived in those spaces day-to-day. First, I interviewed Stefanie Distefano of Flamingo Ranch, where I learned how she transformed a 420 square foot house into a mosaic work of art. Then I journeyed across the plank to a treehouse at James Talbot’s Casa Neverlandia to hear about how he created an eco-friendly wonderland.

On May 23, 2015, Casa Neverlandia returns to the 2015 Austin Weird Homes Tour as the location of the VIP party. Other returning favorites are Professor Dumpster’s 33 square foot genuine dumpster home, the beehive-shaped Earthbag House and the artsy Freeman House. Six additional homes will make their debut this year. I was lucky enough to meet three of the homeowners and sneak a peek at their odd abodes. END_OF_DOCUMENT_TOKEN_TO_BE_REPLACED The front of three-story Casa Neverlandia

After going on the Weird Homes Tour last year, I wanted to take a closer look at some of the odd homes in Austin and the people who live in them. Not far from FlamingO Ranch (my first peek into one of Austin’s unique abodes) lies Casa Neverlandia, the Bouldin Creek home of artist James Edward Talbot.

When I walked up to the door, I noticed there wasn’t a doorbell, but rather xylophones and bells. After dinging a bell, I heard a voice coming from a PVC pipe imbedded in the house asking, “Who is it?” When Talbot greeted me outside, he began to tell me his background and how Casa Neverlandia was born. In September of this year, I went on the Weird Homes Tour to explore some of the residences that make Austin living so unique.

Nestled between 1st and South Congress in 78704 sits FlamingO Ranch, a home owned and curated by Stefanie Distefano where she teaches art classes and exhibits her talents as a ceramic and mosaic artist.

I felt very drawn into this quintessential reflection of living in Austin and I wanted to know more about this artistic bungalow and the person who is mirrored in it. I revisited FlamingO Ranch on a chilly and rainy afternoon for an interview, but I was warmed by the bright abode and company of Stefanie and her cat, Maybelline. END_OF_DOCUMENT_TOKEN_TO_BE_REPLACED