If you’re an art fan in Austin, you’ve probably visited Blanton Museum of Art. But have you been there lately? If not, you’ll find there have been changes far beyond the rotating exhibits. In fact, the museum did a revamp of its permanent galleries that just opened this spring. In addition to the new design of the upstairs galleries, there are more than twice as many pieces on display. It’s definitely worthy of a second look. END_OF_DOCUMENT_TOKEN_TO_BE_REPLACED The night is just getting started at Blanton Museum of Art Combining literary and artistic interests, Natalie Frank’s new series of artwork gives modern insight into The Brothers Grimms’ tales. The show is traveling from The Drawing Center in New York where Frank is now based.

Since Frank is an Austin native, the Blanton Museum of Art was particularly interested in displaying this exhibition. The bright colors and audacious content fits right in with Austin’s penchant for boldness. END_OF_DOCUMENT_TOKEN_TO_BE_REPLACED This guest blog article is by Jamie Deangelo.

If you ever wanted to see an unflattering portrait of Charles V or know what a 15th century indulgence looks like, here’s your chance to find out. Imperial Augsburg: Renaissance Prints and Drawings, is on view at the Blanton Museum of Art now through January 5, 2014.

This exhibition takes up four rooms and features about 100 woodcut prints and engravings, as well as a few coins and two small helmets. The artworks on display come from 15th century Augsburg, an imperial free city and one of the centers of the German print boom. The show highlights some of the biggest names of END_OF_DOCUMENT_TOKEN_TO_BE_REPLACED There will also be popular music featured from other times and places. In the past, Big Sings have included familiar rounds, spirituals, Beatles songs, the Hallelujah Chorus from Handel’s Messiah, and popular 20th century standards from the Great American Songbook. END_OF_DOCUMENT_TOKEN_TO_BE_REPLACED 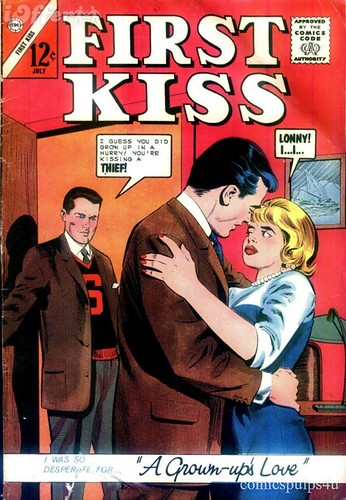 What’s creepier: The phrase, “I was desperate for ‘A Grown-Ups Love’ or that creeper peeper with the “S” sweater is named Lonny?

Editor’s Note: Dog and Duck Pub is closed as of November 2017.

I don’t know how to describe marriage. Sure, there are descriptors you can use to paint the picture of a relationship: happy, sad, angry, contentious; whatever. But the abundance of healthy relationships, I think — ones that work anyway — are centered in a type of commonality that isn’t really ripe for description.

When I belch and watch football and grunt like a neanderthal or if I’m dragged to the profoundly miserable Sex and the City 2  or made to endure indubitably girly “craft nights” — you know, these things that would otherwise find people incompatible — there’s that commonality with each other that brings us together. END_OF_DOCUMENT_TOKEN_TO_BE_REPLACED The museum is ever-changing and alive because Blanton’s collection grows and changes all the time. No two visits to the Blanton Museum are the same. I remember visiting their Turner to Monet exhibition once and, despite my deep respect for the 19th century masters, intended to skip the exhibit during my next visit. But alas, the museum had moved on to a new exhibit by the time I returned! The museum has exhibited everything from famous portraits to Central American folk art. END_OF_DOCUMENT_TOKEN_TO_BE_REPLACED