For Miguel Ojeda, John Zakoor and Bryan O’Flynn, the band name Migrant Kids represents not only a group of musicians, but the embodiment of a lifestyle. I had the chance to sit down with the band and learn a bit more about their music and background.

As cousins growing up together, Ojeda and Zakoor were always in the presence of music and frequently put on performances at family reunions.

They both agree much of the passion and drive upon which Migrant Kids is founded can be credited to the unfailing support and encouragement of their parents. Zakoor’s mother and Ojeda’s father were migrant workers in the fields of Michigan and Texas for many years and wanted to make better lives for their sons. “They genuinely wanted us to pursue our dreams in music,” said Zakoor. Busting out of the Midwest, Migrant Kids brought their music south to Texas (Credit: Migrant Kids)

After many years up north, the cousins decided to move to Texas. That’s where they met another former midwesterner, Bryan O’Flynn, who shared their passion for music.

The group agrees the move to Austin was a culture shock, but one they desperately needed. “There was a perfect storm here that met us right away,” O’Flynn shared. 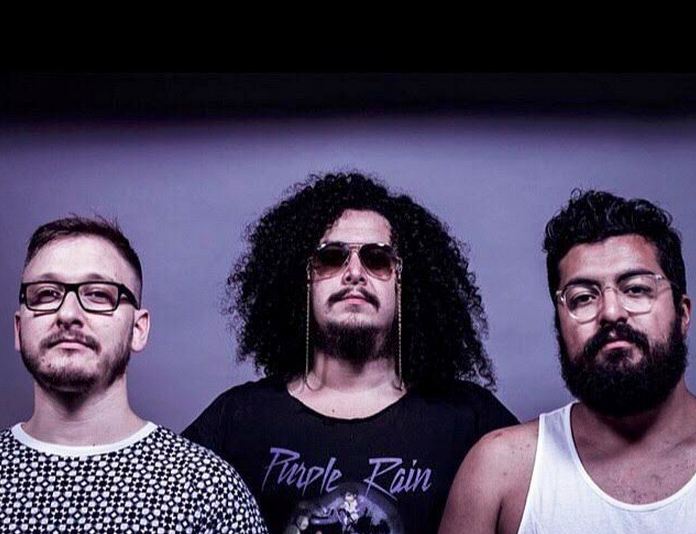 One of the many things the band members love about Austin is the presence of Hispanic culture. They feel that having a Hispanic background has made them stand out from a lot of other groups, and they’ve always wanted to embrace that identity.

“With the music we listened to growing up, there was no Hispanic Arcade Fire or Radiohead, so the bands you liked didn’t look like you. When we are touring now, we see people in the audience that look like us, and we realize we get to be that group for them,” Ojeda said.

The band members allow themselves to be vulnerable, honest and genuine with their fans. The group says touring is a magical time because they meet amazing people in their hometowns. However, one of their most memorable performances was their single release show in Austin at Lamberts Downtown Barbecue.

One of Migrant Kids’ more popular songs, “Thread,” was written by Miguel. I asked him about the inspiration behind writing and producing the track.

“The big thing about ‘Thread,'” he told me, “is I wanted it to feel like that driving song you turn up and roll the windows down to.” He went on to talk about a time in his life when he was in a difficult relationship and would ride motorcycles to clear his head. That was when the song came to him. He says it was like storytelling, more of a narrative than anything. Miguel wanted the music to speak for itself in hopes that fans would experience the same emotions he had.

The group also discussed with me the process of making the “Canvas Of Me” music video. Zakoor came up with the idea of asking fans to submit videos of themselves singing the song. O’Flynn, having background in videography and editing, went to work pulling the various footage together.

“It was by far one of the funnest editing projects I’ve ever done. Imagine trying to get a 3 year old singing to line up with the right syllables,” O’Flynn said.

The band agrees it’s important to find unique and special ways to give back to their fans. They want listeners, both old and new, to know they are approachable, genuine people who aren’t trying to be cool. They’re just doing what they love and want to share it with the world.

Coming to a City Near You

Migrant Kids just launched their fall tour, with their first show at Hotel Vegas here in Austin on September 12th. They also want to thank Black Fret, a local Austin organization that offers grants and mentorship to Austin musicians, for all their help and guidance. The group insists they have accomplished two years of work in the past four months, all because of resources Black Fret provided.

For more information on Migrant Kids and their upcoming tour, visit their website.

Emily Burns is a graduate of Texas State University with a dual BA in Electronic Media and Spanish and a psych minor. She’s passionate about travel, music, media, linguistics and new experiences! Her favorite way to spend her weekends is seeing live music and taking her dog Willow to parks around Austin.