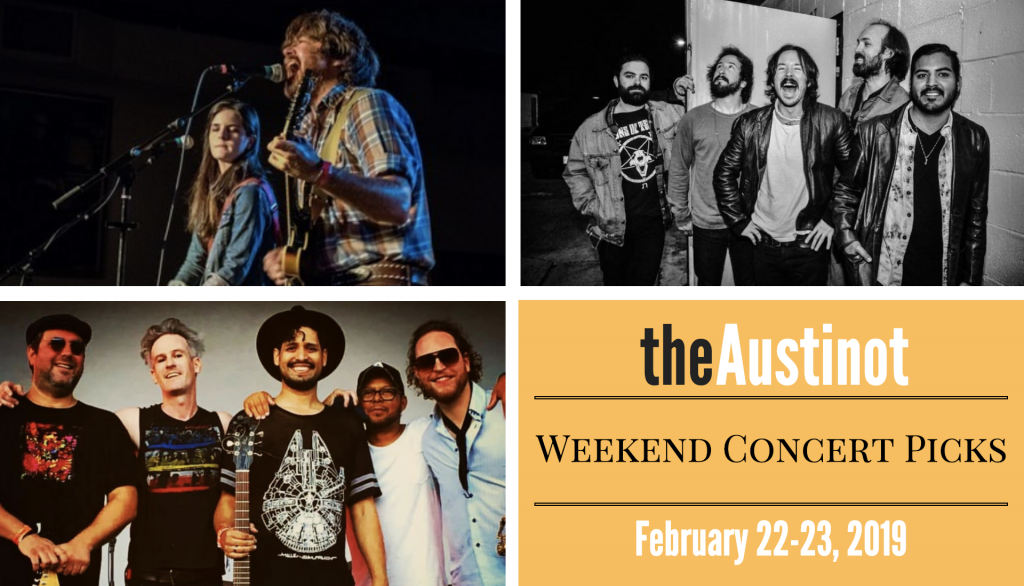 Another week closer to SXSW 2019 and the initial rumblings are being felt. Before the ground swells with toe-tapping tourists, make your way downtown and indulge in some badge-free live music. This weekend, we recommend classic Americana, hook-heavy indie rock, and an exuberant Latin music showcase that must be heard to be believed. Enjoy the weekend and listen local!

While this may be the fourth time I’ve featured Americana experts Harvest Thieves in my weekly picks, I simply can’t help it. Clever lyrics wrapped around four-on-the-floor rhythms and Western picking and plucking, this country six-piece is pure magic. From the Southern rock-tinged “Bob Dylan’s 78th Hangover” to the banjo-propelled slow burn “I Killer Laura Palmer,” Harvest Thieves evokes memories of the past and hopes for the future in equal measure.

Also playing are rockers A. Sinclair and Slomo Drags.

A scorching melange of Latin jazz, wah-wah funk, and Brazilian rhythms, Frederico7 blazes stages with the best of Austin’s world music scene. The group’s debut record, “Exotico Americano,” touches so many genres, it’s nearly impossible to describe. The opening title track warbles and flows along a bed of funk guitars and soaring vocals, while “Samba Revelation” stays true to the promises of its title with crisp percussion and rich instrumentation. One of the pleasant discoveries that makes this series so much fun, and you’ll be hard pressed to find a more joyful show this Saturday.

Where will you be going for live music in Austin this weekend?