Want to hear a sad song? Over the past decade, schools in the U.S., including Texas, have seen a decline in arts education. It’s getting harder to compete for funding in an era of shrinking budgets, test-based curriculum and growth in STEM fields.

To add an even sadder note, the problem is even worse in low-income schools. If an affluent school has its arts budget slashed, the students still have opportunities to be creative outside of the classroom. There are private lessons, after-school programs, and more.

That is not the case for low-income students. If we believe the arts are valuable to individuals and our society, then stripping art education from low-income kids should be unacceptable. Luckily, here in the Live Music Capital of the World, a nonprofit called Grounded in Music promotes musical education and creativity for children from low socio-economic backgrounds.

Grounded in Music began in 2007 to make sure underprivileged children in Austin can experience the benefits of music. The program works hand-in-hand with local communities to funnel children into semesters of musical education. This gets kids in front of teachers and musicians, and the learning process begins. As anyone who has picked up an instrument knows, the beginning is always rough. There is frustration and lots of mistakes. But through practice, dedication, and mentorship, Grounded in Music students become more comfortable with expressing themselves through music. They experience the confidence that comes with mastering a difficult riff or song.

After the process of trial-and-error, the semester ends with the kids showing off their skills on stage. Students are formed into groups, putting on a musical bash for friends and family.

The structure of the show is up to the students. They can form a rock band, vocal ensemble, hip-hop group, or whatever they choose. The goal is not to pigeon-hole them into expressing one type of music, but to inspire confidence to express themselves and know they can achieve whatever they put their minds to.

From Self-Expression to Self-Esteem

The team at Grounded in Music would love to spark a life-long relationship between their students and music, and it often happens. That is icing on the cake, though. Mainly, the organization uses music as a tool to inspire and transform students. Grounded in Music exposes the children to music as a gateway to self-confidence and self-expression. Founder Joe Stallone shares his ultimate goal for the program:

“The students can take those moments – finally understanding a song, or getting on stage in front of their families – and apply them to other parts of their lives. The real benefit is the confidence that comes with getting on stage and performing something you have been working on for months. That’s what we hope the kids walk away with.”

Celebrating 10 Years of Grounded in Music 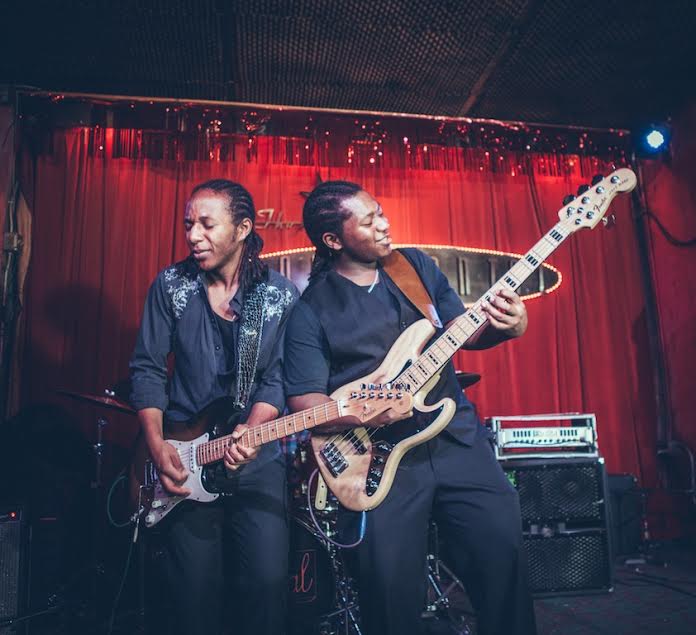 Over the past 10 years, many young Austinites have walked away loving music and believing in themselves a little bit more. To celebrate, Grounded in Music will celebrate its 10-year anniversary tonight, April 12, 2017. The event will be a benefit bash to recognize everything Grounded in Music has done over the past decade, and to raise funds for the next decade.

I will personally be going to the event this week because I believe in the power of our community to lift one another up. Grounded in Music is an organization doing just that. Come join me and send this local organization into another 10 years of keeping Austin musical.

How has music impacted your life?