It looks like a private library. Shelves of used books line the length of a wall and a U-shaped area across the room. A giant colorful planet is painted on another wall. People are quiet and studious.

This is not your average library, however, and people aren’t here to study. This is where a non-profit called Inside Books Project is located, and the volunteers in the room are writing letters and sending books to Texas prisoners.

Inside Books Project sends approximately 50,000 books a year to prisoners across our state, connecting them to literature, reference texts, comics, art, history and more. END_OF_DOCUMENT_TOKEN_TO_BE_REPLACED Snow Monster is home to monstrous glaciers of flavored ice topped with fruit, boba, nuts and much more

This article is dedicated to the Austin confectionaries that are keeping it weird…that is, the innovative dessert spots that defy your run of the mill snow cone trailers and overused ice cream flavors.

From a frozen banana trailer with an attitude to a north side shaved ice shop that offers beautifully glacial treats, these funky sweet spots are a beacon for foodies and the adventuresome across Austin. END_OF_DOCUMENT_TOKEN_TO_BE_REPLACED I recently had the chance to sample Snap Kitchen’s summer menu, which will be available through September. During my first exposure to this healthy food shop, I was pleased by the neat lines and colorful aesthetic of the Westlake store I visited.

Snap Kitchen’s image and model seems to be serving them well. Although the first store opened in Austin in 2010, the company has managed to spread through END_OF_DOCUMENT_TOKEN_TO_BE_REPLACED Jacked Sangria at El Alma, served with a lime and maraschino cherry

There is nothing better than enjoying a sangria on a summer day. The warmth of the sun is offset by the fruity cold drink in your hands. It may taste delicious and look innocent enough, but don’t be deceived. Sangria can be strong–heightened as it is often is with liquors and liqueurs.

Check out my favorite sangrias in Austin in no particular order, and decide for yourself which version of this Iberian drink you prefer. END_OF_DOCUMENT_TOKEN_TO_BE_REPLACED

Editor’s Note: To the community’s surprise and disappointment, Alcomar closed at the end of May 2018 due to a rental dispute. Back to my old haunt: South 1st Street. When I wrote my neighborhood guide to this rich area, two painters had a ladder propped against what used to be El Chile. With a sinking feeling, I watched as they painted a giant white octopus on the newly-blue building.

Fortunately, however, El Chile has not disappeared—not exactly, anyway. The South 1st location now houses their newest concept: Alcomar. The menu is full of tapas, featuring primarily seafood, and each dish is delicately crafted with interesting and varied ingredients. END_OF_DOCUMENT_TOKEN_TO_BE_REPLACED At Lady Bird Johnson Wildflower Center, you can see natural Austin as never before

Wildflowers don’t only line the highways of Central Texas.

Although you can find them scattered around town or further out in Hill Country, visiting the Lady Bird Johnson Wildflower Center is a unique way to learn more about our native blooms and fully appreciate their beauty up close. Looking for your next food adventure in Austin?

Search no further than East 7th Street and the charming wooden house previously occupied by Casa Columbia. While that east side favorite has moved further down the street, Nasha India has taken its place with a bold attempt at a new food genre: Indian-Tex Mex fusion. END_OF_DOCUMENT_TOKEN_TO_BE_REPLACED South Congress may be infamous for its popular cluster of high-end boutiques, trendy restaurants, and food trailers—but just one street over is a slightly more humble neighborhood with a quirky assortment of shops, food trailers, and murals of its own that just beg to be explored.

For those who haven’t dug too far into this south-central territory, I’d like to share some highlights of what South 1st has to offer.

There are several places on South 1st to get a decent cup of joe. But I want to highlight Once Over Coffee Bar in particular, as it’s spring and their porch is the perfect hideout. END_OF_DOCUMENT_TOKEN_TO_BE_REPLACED South Lamar spotted through the archway of OPA! on a rainy day in Austin

Stone walls outline an extensive front porch perfect for basking in the Saturday sun with a discounted cocktail. Deep in the café, however, are rich wooden tables, couches and red paneled walls where both heavy studiers and intimate chatters can find a haven. 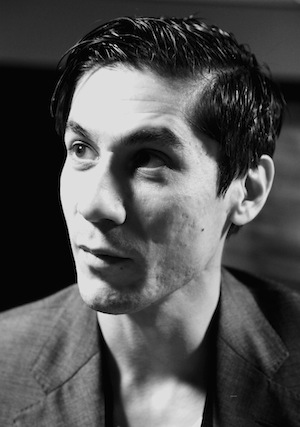 To create this progressive orchestral show, Felix and Brent Baldwin of Texas Choral Consort reached out to Jonathan Meiburg of Shearwater, Dana Falconberry, Zeale and The Rocketboys to join the ranks and collaborate on a truly unique concert. END_OF_DOCUMENT_TOKEN_TO_BE_REPLACED