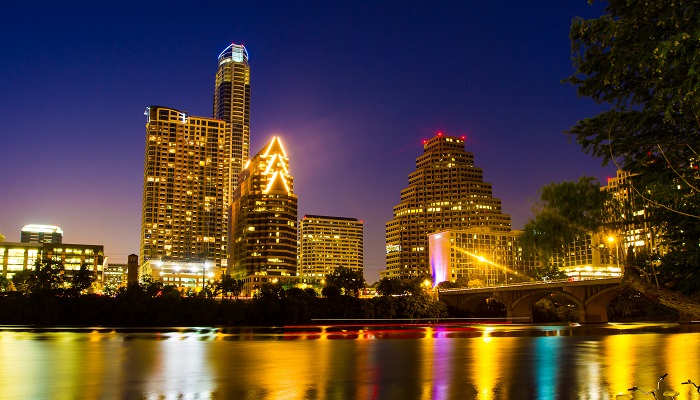 Two years ago, my wife and I packed a U-Haul to the brim and drove 1700 miles from New York to Austin, Texas. What we found was a vibrant city full of culture, music and undeniable energy. And, most importantly, it wasn’t New York. It was something entirely different.

In honor of my two year anniversary here, here’s a handy Austin newbie guide for everyone yearning to become a card carrying local. Whether you’re a UT freshman or relocated techie, welcome to Austin! Now it’s time to become an Austinite.

Want to be embraced as a local? Don’t negatively compare Austin to your home town. No, the bars don’t stay open until 4 AM ala New York, and no, the weather isn’t quite as nice as it is in Southern California.

While there’s nothing wrong with hometown pride, you moved here because Austin is different. Allow yourself to conform to all of Austin’s wonderful weirdness and you’ll have a much better experience.

If you’re like me, you’ll fight this wonderful contraction to the bitter end. But eventually, if you stay here long enough, y’all will become part of your everyday speech. And why not? It’s a soft, creamy, delicious word that rolls off the tongue like butter off a baked potato. The sooner you un-ironically embrace it, the sooner you’ll feel like a local. Although Austin is home to nearly every food stuff known to mankind, there are three staples I’ve dubbed the Texas Trinity: barbecue, breakfast tacos and Tex Mex. Finding your favorite spot for each is required before you can try that hip farm-to-table place on the eastside. My picks are: Everyone knows Austin is the “Live Music Capital of the World.” So why are you still listening to that tired Postal Service album? Discovering a new, incredible local act will give you serious cred as you chat with your new friends over Thunderbird coffee.

Radio stations like 91.7 KOOP, 98.9 KUTX and 93.3 KGSR have tons of local programming, and Austin’s many festivals are great ways to sample our musical buffet. There’s also nothing wrong with wandering downtown on a Saturday night and soaking in the sounds. And yes, exceptional cover bands do count. Not preferred, but I’ll allow it.

As a lifelong East Coaster, I knew nothing about college sports before moving here. Football was just the opening act to my marching band performances. But to be a local, you need to have a working knowledge of Longhorn sports. Life shuts down on game day Saturdays, so here’s a quick primer: If you came here from a concrete jungle, the big Texas sky may be terrifying. Don’t hide in your apartment. Embrace our wide open spaces! From paddleboardng on Lake Travis to street hockey in Cedar Park, outdoor fun is only a short drive away. 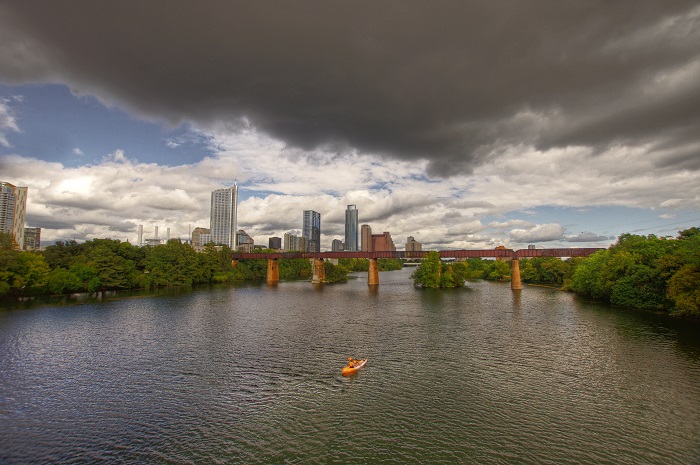 Kayaking on Lady Bird Lake is a great way to see the city. And yes, we call it a lake. It’s really a river. (Credit: Marcus Calderon via Flickr CC)

Congrats! You are officially an Austinite! Celebrate by grabbing an Amy’s ice cream cone while waiting in line for an ACL taping as the bats soar high over the Congress bridge. You’ve earned it and we’re happy to have you!

What’s your first piece of advice for friends desperate to become an Austinite?

And it’s actually a lake. An artificial lake, but all the lakes in Texas are.

A bunch of damned rivers, but when when we damn the river it becomes a real lake, it is not artificial.

@justgf:disqus, I think everyone wishes they were from Austin. I’m going to assume you are? 🙂

Actually the author of this article set the six rules. I’m just stating what native Austinites hear from transplants all the time. Not difficult to figure out why T-nut is sensitive about my point of view.

I actually 100% agree. Being “from Austin” is a special distinction that only people born or raised here can claim. For example, I’d never tell somebody I’m from Austin. I’m from Northern New Jersey and I live in ATX. While it may be splitting hairs, I think it’s fair for those from here to have that exclusivity.

That said, I think anybody CAN become an Austinite. To me, it means somebody who lives here and has embraced the local culture. They’ve done the work to change their hometown habits and become a member of this vibrant community. It’s a state of mind and sign of appreciation for where you’ve chosen to live as opposed to where you’re from.

Great conversation and thanks for reading!

Well said. In the future when folks say, “I might as well be from here because I’ve been here X years.” I’ll definitely reply and acknowledge they are indeed a current Austinite. Then I’ll ask where they were born.

If you move into a swanky new/ridiculously overpriced place that is near a lot of bars/clubs, or any other well-established business, do NOT complain about the noise or whatever else is bothering you and try to get those places closed or shut down. Because you damn well knew about them already, so embrace them.

When do you not have to wait in line at La Barbecue?

Late afternoon. 3PM-ish. They may not have everything, but they’ll have a lot and you can walk right up.

@JamesWynn:disqus, here’s some insight from the owner of La Barbecue, as well as pre-order info in case you want to go that route: http://austinot.wpengine.com/shortest-wait-times-bbq-in-austin.

Chill out y’all, don’t Dallas my Austin. No we don’t want high hair, yes we wear flip flops everywhere. Don’t judge, cuz the millionaire next to you isn’t wearing a sign and it’s very Austin to let folks be themselves.

Do NOT say “I love Austin but hate Texas.” People like me will consider breaking your nose.

I love Austin and hate Texas.

i love austin but hate texas

Lol how about join a startup? ever since I started working for Yobored.com people have said Im finally living the true Austin experience.

20 SIXTH STREET/RED RIVER BARS, AND WHAT THEY ARE ALL ABOUT: